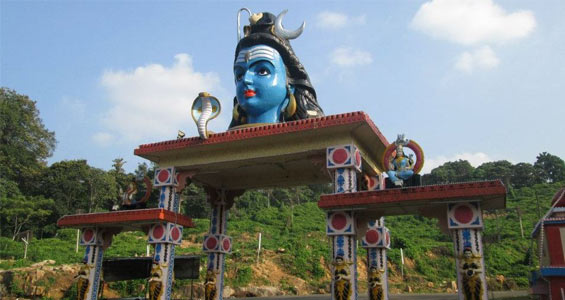 Nilakkal Mahadeva Temple is a located in Nilakkal, in the eastern side of Pathanamthitta district of Kerala state, India. The temple is dedicated to Lord Shiva and it is one of the important "idathavalam" or halting place for the Sabarimala pilgrims. The shrine is administrated by Travancore Devaswom Board. During Sabarimala pilgrimage, lots of devotees visit the temple.

Lord Shiva is the presiding deity and it's believed to be in two moods, Ugramoorthy (fierce) and Mangala pradayakan (auspicious). A common belief is that Lord Shiva is showering his blessings to his son Lord Ayyappa to fight against all evil spirits while throwing all anger to the evils. As in many Shiva shrines, a number of oxen are protected in the temple premises.

The "Maha     Shivaratri" held annually is one of the noted festivals of the temple. Besides Shivarathri, the temple celebrates its Thiruvutsavam every year in grand style. During Sabarimala pilgrimage, devotees from various states visit the temple for their welfare and sake.